Throughout the year, as proud St. Lucians, we celebrate our history and cultural heritage via various anniversaries and festivals, beginning with Independence Day every February 22, all the way to the end of the year, when we celebrate National Day on December 13. Fitting snugly into this calendar of festivities is Jounen Kwéyòl (Creole Day).

This day of celebration is so much a part of our lives that it is understandable that most people give little thought to its history: its beginning, mission and steady progress. Jounen Kwéyòl is the brainchild of Bannzil Kwéyòl, “an organization devoted specifically to the study and promotion of French Creole languages”; formed in 1981, the organization subsequently met in May 1983, a meeting at which it declared October 28 to be International Creole Day (Jounen Kwéyòl Entennasyonnal), and the day was observed for the first time that same year. Public observance and celebration are on the last Sunday in October.

The first observance of Jounen Kwéyòl in St. Lucia was also in October 1983, though the focus that year was only radio broadcasts in Kwéyòl. From then till now, the Folk Research Centre (FRC) has had the responsibility of organizing the festival (though collaborating with the National Research & Development Foundation (NRDF) and Mouvman Kwéyòl Sent Lisi (MOKWÉYÒL) in the very early days).

The major aim of the festival is “to make St. Lucian society aware of the strength and value of the Kwéyòl language and to assist in the understanding and development of its rich cultural resources”.[i] The focus is not only on the language but also on the ‘Creoleness of the St. Lucian people’ as displayed in ‘dress, music, dance, cuisine and technologies’[ii] and on educating St. Lucians about their heritage.

The first community celebration of Jounen Kwéyòl, a precursor to the major attraction it is today, was held in the community of Mon Repos in 1984. From this humble beginning, the festival has not only spread out to four communities (each hosting over 15,000 persons! [iii]) but now serves as “the grand climax of a national program of cultural and educational activities marking October as Creole Heritage Month”[iv].

Creole Heritage Month, which started in 1995, showcases activities that promote Creole culture at community and national levels. These activities include lectures in various areas of St. Lucian culture, pageant shows (La Wenn Kwéyòl and Jennès Kwéyòl), and a beer festival (Oktoberfest en Kwéyòl, which is endorsed by the FRC but organized by Windward & Leeward Brewery Ltd).

Though they may vary from community to community, the core activities of that day include a “Kwéyòl church service, [a] traditional food and drink fair, an indoor exhibition of cultural items, outdoor demonstrations of traditional technologies … and [both] spontaneous and rehearsed cultural performances”.[v]

Creole technologies on display may include wood sawing, manufacturing of certain items (such as brooms, mats, fishpots, etc) and the making of farine. A major aspect of the day, however, is preparing and consuming Kwéyòl foods and drinks, all of which must be local recipes. A small sampling of foods and drinks to expect on that day are:

Certainly, Jounen Kwéyòl has come a long way, and both the FRC and the people of Saint Lucia deserve commendation for its growth not only as a significant source of appreciation for our cultural heritage but also as a major tourist attraction, particularly for visitors from the French Antilles and other Caribbean islands. According to the FRC, St. Lucia is the only Francophone country which celebrates International Creole Day in such grand style[vi]. 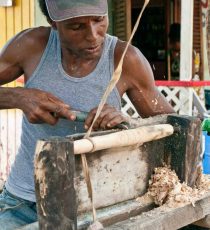 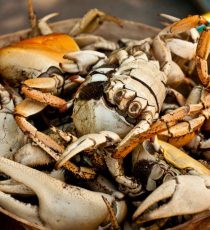 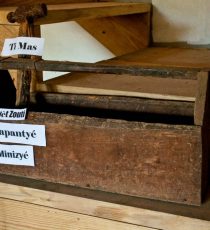 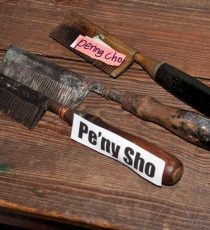 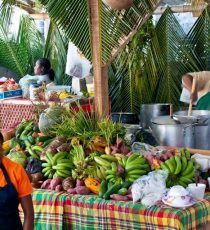 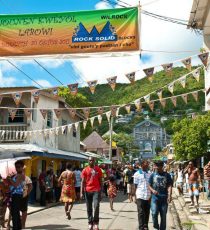 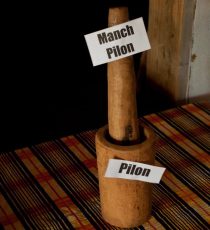 Images provided by the Facebook page: Everything St. Lucian